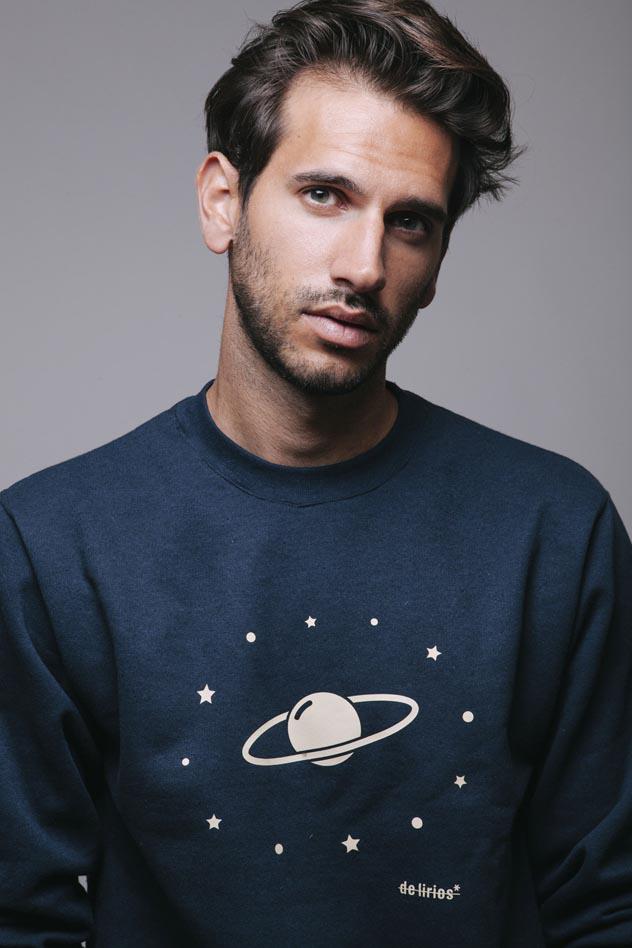 "There's no such thing as normal"

Juan Arcones (Madrid, 1986) has always been writing. That’s how he puts it as he takes a seat in a Barcelona café while he takes off his coat and brushes back his hair. He’s written and directed Holden, a short film which he has travelled the world with winning prizes in New York and Hawaii and in March of this year he released Dextrocardíaco, his first novel based on his self-titled blog. “How often haven’t you said what you really wanted to say?” he ponders on his blog. A stray unruly tuft of hair casually falls over his forehead, while he gets it back under control where it belongs and settles himself down for our conversation. It’s time to talk.

How did the idea for the screenplay come about? How did you get here?

In reality I didn’t come up with anything. I started to get known trough Holden but I’ve been writing for a long time. I get up in the morning and maybe an idea comes into my head and while I’m writing that down I’ll get another and the first gets put aside. That’s what happened with the book and the short film. I started to just focus on the film, it got released and that was that.

“Writing mainly to give the prodigious quantity of ideas that come into my head everyday an outlet.” It’s the first thing that we discover on your webpage. Of all your facets, do you define yourself as a writer?

Yes, even though ..It might come across as a bit contrived but I think of myself as a creator, or maybe as creative? Because I write and I direct. And now I’m trying to create an app. I’m not just focusing on writing. That’s doing well right now, but I operate within a range of creative disciplines, creating things and stories.

The screenplay writer Yves Lavandier says in the 'La Dramaturgia' that the writer while he is writing is also directing. Simply by writing a sentence one is conjuring a place, a colour, a way of behaving. Is that implicit?

When I write I see everything in an audiovisual way and I think that happens with all writers. I don’t see it as flat. You are creating and directing your own story, without any external factors even though the editor might sometimes suggest some changes. It’s the great thing about writing, that you are directing at the same time, like Woody Allen.

With Holden as with Dextrocardíaco the main theme is love. Is that what motivates us?

Love is very present in what I write and in my life. Not just the love of another person, but love in general. The love of anything. It’s highly metaphorical but there is also the love for what one does, of your work. 90% of pop songs, books and paintings are about love stories. Even if they’re horror stories, like, I don’t know, 'The Fly'.

'The Fly', the first love story that comes to everybody’s mind.

Obviously (laughs), I see love as the centre of art. In everything.

We can’t deal with being alone then?

It’s hard for us. We are afraid of being alone. In fact, love is a reflection of our fear of being alone. That’s why there are so many relationships that we start out on without being sure whether we really like the other person. And they end badly because of that. They start because we need to be with another person.

The mistake then is looking for complete happiness?

No not exactly, because it’s what moves us to achieve things. That push towards the challenge is what helps us. It’s not a mistake, it’s a catalyst to achieve something; the error lies in being complacent. Even though you might have reached the best point in your life and be very happy.

The main characters of the book and the short film have similar personalities. In Holden’s case it has to do with a problem with memory and with Marc (main character in Dextrocardíaco) his heart which is located on the right side of his body. Is the everyday simply too boring?

In my opinion it lends them a different aspect. We all have oddities about us, the thing is that we aren’t too keen on airing them in public. These are oddities that impact on their relationships but also make them more human for the writer. And the reader. In the theatrical work I’m currently doing its characters also have issues. I like adding these elements just to prove that normal really doesn’t exist.

We grow up with an idea of what’s normal.

It’s foisted on us from the beginning. Like being hetero is normal and being gay is different.

You said in another interview that your characters “are gay and that’s it” that it’s not gay literature. Do you think that an LGBT genre is necessary?

I don’t think that gay literature should exist or cinema for that matter, like in the way that there’s no such thing as heterosexual cinema. There is romantic literature, science fiction, thriller, western … Whether the main character is gay or not doesn’t make it a genre. Even if it’s a dog it doesn’t make it for dogs. It’s a way of labelling and differentiating, of saying that we are all equal but we are classified differently, categorised. I don’t see the logic; it’s literature and that’s all. In my book the main character is gay and that’s all there is to it.

Nevertheless you have participated with and even won awards at specialised festivals.

It’s ok with me if festivals are organised in order to increase visibility, because of things like what’s going on in Russia right now. They help to make people aware. Things are not equal for everyone there for instance, because for 99% of the festivals where the short film was selected they were mostly LGBT, despite us sending it to all sorts of festivals.

And what about women in your work?

I have to say that the two works I’ve written with male protagonists are probably the most enlightened. (laughs) Maybe it’s because they are the ones that come easiest. It’s not a coincidence, it’s just that it’s easier to identify with a guy than a girl.

You’ve also said that some large publishers refused Dextrocardíaco because they considered the gay character to be too risky. Do you think that they are underestimating the public?

It depends, some people appear more tolerant than they actually are, and others can surprise you. It’s a very subjective issue. Publishing houses are businesses and they operate within the worst case scenario because the bottom line is they have to make a profit.

You’ve studied and worked in the US, where you have also presented Holden in several festivals. Is the situation for a first time director different over there?

In the US where in fact the short film has been best received, things are very different. People try to help you simply because they can. Here on the other hand there is no help unless there’s something in it for them.

You mean everthing is carved up already?

The problem as I see it within artistic circles is that everybody is looking at what everybody else is doing and we’re not happy if they are getting on better. We want to succeed but we don’t want anybody else to get on better than us. Say for instance if I know Steven Spielberg I won’t say anything to you in case Spielberg does something much more interesting with you and I’ll be left out. And that’s totally backward looking.

We hold each other back.

We hold one another back and step on one another. I say hold back because I’ve done that too. But I know now that doesn’t make sense. It’s better to look after oneself and it’s also cool to help others too. If I have actor friends and I hear about something, even though I’m not involved I’ll tell them about it to help them out.

We have an inferiority complex about the things we do in Spain. “Everything is shit.” Spanish cinema among Spanish people is not appreciated and nobody goes to see it even now that it’s really improving. And the same could be said about music and everything else. This strange complex is something that I really don’t get because we’re all in the same boat. When somebody does actually put their head above the parapet we think, “damn, how come that guy did it and not me?” Instead of “Damn, if he can do it then so can I.” A lot of people think that success will just come to them. Things are changing now but nine years ago no one was doing anything. And you have to do things. People have to do things but they don’t.

Do you think that the younger generations are different?

Yes I think so. And even though we are in recession we have greater opportunities. Ok the work scene is shit but there are things that 15 years ago young people couldn’t even dream about. Making a short film like the one I’ve just done for example, I found the producer through Linkedin. Before Linkedin that didn’t exist. And all my work is out there on the internet like a sort of calling card, that’s a lot easier than it was 15 years ago. I must sound old. (laughs)

The internet has been nothing but a helping hand for me. You can meet a lot of people on it, work options and letting people see what you do. Even though bloggers take work away form journalists and the you-tubers from film makers, in my opinion it’s not so much taking away. It’s more like everything together adds up to something more.

Things are changing with new formats and channels appearing constantly. Do you think that we need to rethink the whole entertainment infrastructure?

I think that cinema will move towards ever greater mega-productions, things that you wouldn’t normally see, like the film Interstellar. Television on the other hand is catching up with cinema in terms of quality and it’s a much more concise format.

You mentioned earlier that you were working on a theatrical work.

Yeah, right now I’m putting the finishing touches to a play and waiting for my second book to be published next year.

In life, in the day to day, in terms of love – does it come down to winners and losers?

Something is gained from every situation. Maybe you direct a short, or a feature – it doesn’t get released but at the very least during that time you’ve done something you enjoy doing.